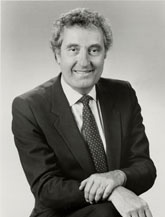 During his 31-plus years as a correspondent for NBC News and The Associated Press, Valeriani reported stories from almost 90 countries and all 50 states. During the mid-1960s, Valeriani reported the civil rights revolution in the American South, including historic events in Birmingham and Selma, Ala. He was hospitalized in Marion, Ala., after being clubbed by a white segregationist during a demonstration. As a reporter, Valeriani also covered riots and rebellions throughout Central and South America. He served as the NBC News bureau chief in Havana and won an Overseas Press Club award for his coverage of the Dominican Republic Civil War. He also covered the Falkand Islands War and the American invasion of Grenada. In 1979, Valeriani published “Travels With Henry,” an account of his time as a Washington correspondent for NBC logging 500,000 miles with then-Secretary of State Henry Kissinger. Today, Valeriani works as a free-lance journalist and media consultant and broadcasts a weekly commentary on NBC Radio Network. He is writing a book about the television industry.