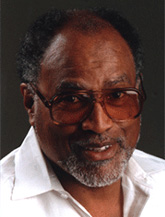 He has been a journalism professor in the Newhouse School, Syracuse University, since 1990. He is a 20-year veteran journalist with posts at The Black Scholar, Ebony and Jet magazines. Ward also wrote a weekly column the black community for the Miami Herald and reported on civil rights and urban affairs for the Los Angeles Times. Ward worked at WHUT-TV in Washington, D.C., and spent five years as an assistant press secretary in the city of Chicago government. Ward holds a master’s from Syracuse University’s Newhouse School of Public Communications. Ward has completed work on a book on Chicago politics and Harold Washington as mayor (1983-87).