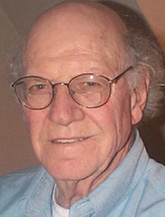 A Georgia native and University of Georgia graduate, Ray Jenkins began his career in journalism in 1951 as a reporter for The Columbus (Ga.) Ledger. In 1954, he was one of two reporters who covered the Phenix City, Ala., upheaval coverage which won the 1955 Pulitzer Prize for Public Service for The Ledger. Between 1959 and 1979, he served as city editor, managing editor, executive editor and vice-president of the Montgomery (Ala.) Advertiser-Journal. During his tenure, he covered the rise of Martin Luther King, the governorship of George Wallace and the decisions of federal Judge Frank Johnson, which, in time, would become the foundations of expanded civil rights for blacks in the South. During the 1960s and ’70s, Jenkins continued his civil rights reporting at The Christian Science Monitor and then The New York Times. His articles on Wallace defined the segregationist governor to the nation. His series on Johnson earned him the 1970 Gavel Award of the American Bar Association. From 1979-1981, he was special assistant for press affairs to President Jimmy Carter. After 10 years as the editorial page editor of The Evening Sun in Baltimore, he retired from daily journalism in 1992. A member of the Alabama bar, Jenkins was a Nieman Fellow at Harvard Law School in 1964-65, and graduated from the Jones Law Institute in Montgomery, Ala. In 1989, he lectured at journalism programs at Fudan University in Shanghai, China, and the University of Beijing. In 1985, he was awarded the Ernie Pyle Award for human interest reporting. He has written extensively on Southern politics and culture for The New York Times and other publications, and is the author of “Blind Vengeance,” a book about the assassination of a federal judge in Alabama in 1989.