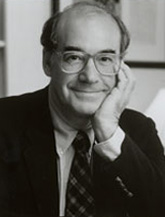 The son of the late Pulitzer Prize-winning reporter and editor Malcom Johnson, Haynes Johnson has distinguished himself as a newspaperman and a political reporter in his own right. Johnson won the 1966 Pulitzer Prize in national reporting for his coverage of the civil rights demonstrations in Selma, Ala. He is a 40-year veteran newsman in the nation’s capital, first for the Washington Star and still for the Washington Post. He is the Knight Chair in Public Affairs Journalism at the Philip Merrill College of Journalism, University of Maryland. Johnson is considered “one of the most perceptive, the best-informed, and the most level-headed reporters in Washington,” according to former London Times editor Godfrey Hodgson in the Washington Post Book World. Thousands of television viewers know him for his reports on the Public Broadcasting Service (PBS) program “Washington Week in Review” and “NewsHour with Jim Lehrer.” Johnson’s books on affairs of national interest include: “The Bay of Pigs: The Leaders’ Story of Brigade 2056,” “In the Absence of Power: Governing America,” “Sleepwalking Through History: America in the Reagan Years,” “The System: The American Way of Politics at the Breaking Point,” and “The Best of Times: America in the Clinton Years.” Johnson earned his bachelor’s in journalism at the University of Missouri and holds a master’s from the University of Wisconsin at Madison.