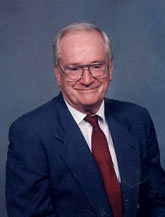 He began his journalism career in 1949 in Mississippi. He spent 12 years at the Greenwood Morning Star, the Jackson Daily News and United Press International. During that time, he covered the origins of the Civil Rights movement; the effects of the Supreme Court’s Brown v. Board of Education decision that public school segregation was unconstitutional; the trial and acquittal of two white men for the murder of Emmett Till  a 14-year-old black boy accused of whistling at a white woman; and other aspects of the racial struggle that consumed the attention of both races throughout the state. In 1963, he joined The New York Times Atlanta bureau. From there he covered Dr. Martin Luther King Jr.’s movements in Birmingham and Selma, Ala., and St. Augustine, Fla.; and the Klu Klux Klan’s attacks on civil rights workers and church burnings during the summer of 1964. In 1965, Herbers moved to Washington, D.C., where he covered civil rights legislation, Congress and the White House. He also worked as the Times assistant national editor, Washington bureau news editor and roving national correspondent.