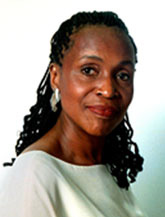 She was a journalist with The Washington Post from October, 1961, until the mid-1960s, then again from 1972 until her retirement in 2003. During her time there, she wrote a regular column on education, politics and race, as well as her own personal experiences. She also edited the Style section and headed up the Young Journalist Development Program, an initiative to cultivate talented young people interested in journalism and create opportunities for minorities who are often under-represented in newsrooms across the country. Born in Memphis, Tenn., Gilliam holds a bachelor’s degree from Lincoln University in Lincoln, Mo., and a master’s from Columbia University Graduate School of Journalism. Among her many accolades are her induction into the Society of Professional Journalists’ Hall of Fame; the University of Missouri Honor Medal in Journalism (1998); and the Ann O’Hare McCormick Award from the New York Newspaper Women’s Club. Gilliam joined the School of Media and Public Affairs at the George Washington University as the Shapiro Fellow in September 2003. As a cub society reporter for the Tri-State Defender in Memphis, Tenn., in 1957, she defied her editor’s orders to stay in the newsroom and headed for Little Rock, Ark., to see and maybe cover the landmark intergration of Central High School. She found photographer Ernest Withers, made a truce with her angry editor, and covered some of the Little Rock story. Her enthusiasm and initiative impressed editors at Jet magazine, the leading black magazine across the country, and she quickly became an editor for Jet.