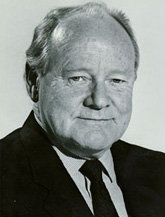 He won the Pulitzer Prize for his editorials advocating civil rights while he was editor of The Atlanta Constitution in the 1960s. He went on to become managing editor of The Washington Post, then chairman and CEO of Florida’s largest daily newspaper, the St. Petersburg Times, until he retired in 1988. His book, “The Changing South of Gene Patterson,” published in 2002 by the University Press of Florida, is based on a hundred or so of the 3,200 columns he wrote seven days a week for eight years at The Atlanta Constitution, telling the history as it happened. He was considered by many to be a strong voice of conscience, calling on Southern whites to abandon Jim Crow and embrace civil rights for black Americans. “He could not be bullied or bought and he wrote like an angel,” as fellow journalist Harold Martin said of Patterson in a book, “Ralph McGill, Reporter,” about another legendary Atlanta Constitution editor.