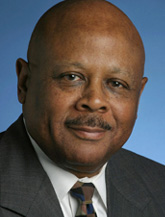 William Raspberry, a Pulitzer Prize-winning columnist, has been a journalist for almost five decades. He grew up in the racially segregated South during the civil rights era. He is a native of Okolona, Miss. “We had two of everything there,” as he as described it to The Washington Post, “one for whites and one for blacks.” Raspberry began his journalism career in 1956 with a summer job at the Indianapolis Recorder. In 1962, he started at The Washington Post, where he has been a teletype operator, reporter, copy editor, assistant city editor and one of the paper’s most respected columnists. For his coverage of the 1965 Watts riot in Los Angeles, he won the Capital Press Club’s “Journalist of the Year” award. In 1994, Raspberry won the Pulitzer Prize for Distinguished Commentary. That same year, the National Association of Black Journalists honored him with a Lifetime Achievement Award. He graduated from Indiana Central College and graduated with a B.S. in history in 1960 and been awarded honorary doctorates from more than a dozen universities. He has taught journalism at Howard University and, with his wife Sondra, at Trinity College. He is now the Knight Chair in Communications and Journalism at Duke University and continues to write his nationally syndicated Washington Post column. It is carried by 220 newspapers. Fifty of his columns are collected in his book, “Looking Back at Us.”