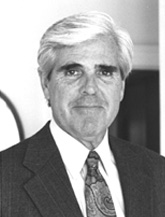 While at Newsweek Magazine, Karl Fleming reported on the major events of the civil rights movement including: both Kennedy assassinations, the Martin Luther King assassination, presidential campaigns, national political conventions, the Vietnam anti-war movement, and the trials of Jack Ruby and Charles Manson. He was also seriously injured while covering the Watts riots. Later he was a managing editor, producer and on-air reporter for CBS and its affiliate in Los Angeles. Originally from Newport News, Va., where he grew up in a church orphanage, Fleming began his career as a police and court reporter for the Daily Times in Wilson, N.C. In 1975, he published “The First Time,” with Anne Taylor Fleming. He now lives in Los Angeles where he is working on a memoir.