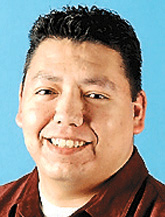 Pedro Ramirez has reported for The Post-Standard in Syracuse, N.Y., for the past five years, covering local government, education, public safety and military affairs. Ramirez earned his master’s in journalism from Syracuse University’s Newhouse School, while concurrently interning at The Syracuse Newspapers. During his time at Newhouse, Ramirez was awarded the 1996 Newhouse Foundation Graduate Newspaper Fellowship for Minorities. After graduation, he became a night cops, public safety and general assignment reporter at the Oregonian in Portland, Ore. Ramirez returned to Syracuse in 1999. In 2001, he began teaching newspaper journalism at the Newhouse School as an adjunct professor. Before his journalism career, Ramirez served as a communications specialist in the U.S. Army Reserve, participating in patrols along the U.S. Mexico border and seizing illegal drugs smuggled into the country. Ramirez holds a B.A. in English from Concordia University in Austin, Texas.