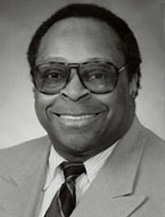 A veteran print journalist, he spent 23 years with The New York Times as an editor and correspondent. Delaney began his newspaper career at the Atlanta Daily World and worked for the Daily News (Dayton, Ohio) and the Washington Star before joining The New York Times’ Washington, D.C., bureau where he covered urban affairs, politics and civil rights. He served in the Chicago Bureau of the Times and as bureau chief in Madrid, Spain, as well as an editor on the national news desk. A graduate of Ohio State University where he majored in journalism, Delaney is a founding member of the National Association of Black Journalists. He has been a member of the Overseas Press Club, Society of Silurians and the Society of Professional Journalists, and is on the board of National Public Radio and the selection committee for the Media Fellows in Health Program of the Henry J. Kaiser Family Foundation. He also now directs the Initiative on Racial Mythology of the Gene Media Forum sponsored by Syracuse University. Before that, he edited the editorial page for Our World News (1996-1998), wrote editorials for the Baltimore Sun (1999-2000) and chaired the journalism department at the University of Alabama (1992-1996).